Linking up with Kendra today at Catholic All Year because she's my old buddy from LA and because I like her blog and because I like blog posts that write themselves especially when I've been in a bit of a blogging dessert, so here we go. 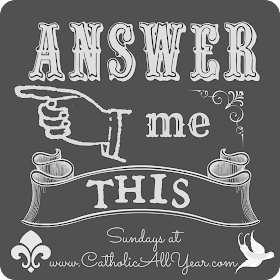 1. What time do you prefer to go to Mass?

In Lent we tend to find ourselves at Saturday vigil Masses. Jacob ALWAYS gives up alcohol and sweets for Lent which basically means I do too, and since Jacob is a Letter of the Law type, we go to Mass on Saturdays so we can start our feasting early. Because Saturdays without beer are kind of more like Sadurdays (Get it? Get it? 100% for you, honey) 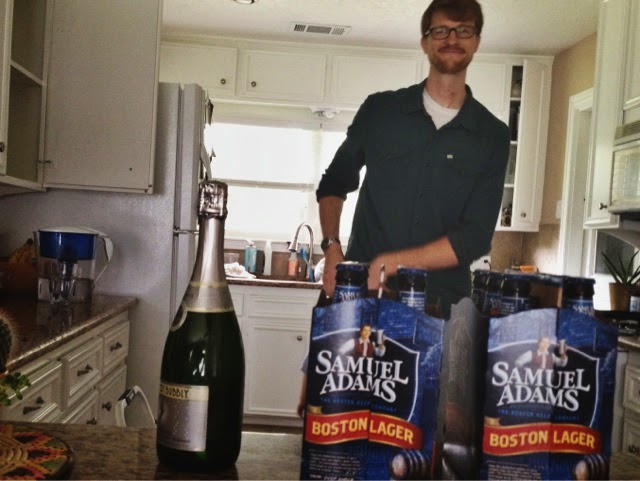 But my preferred Mass is the 11am. An 11am Mass means that we don't have to rush breakfast and we can maybe even be on time. Also, our couple crush goes to the 11am, so that's another reason.

2. Would you rather be too hot or too cold?

I would have to say hot, so long as I am somewhere like Houston with really great A/C.

My dear friend from college has a very smart grandmother (who with her husband basically started the Core at University of Dallas, so Smart Smart) said that the hottest she ever was was in Boston in the summer and the coldest she ever was was Florida in the winter. Tell me that doesn't blow your mind.

3. How many brothers and/or sisters do you have?

Four. Three brothers and a sister. They're awesome and I could talk about them all day.

My dad's mother had sixteen brothers and sisters though, which is a lot more than four. 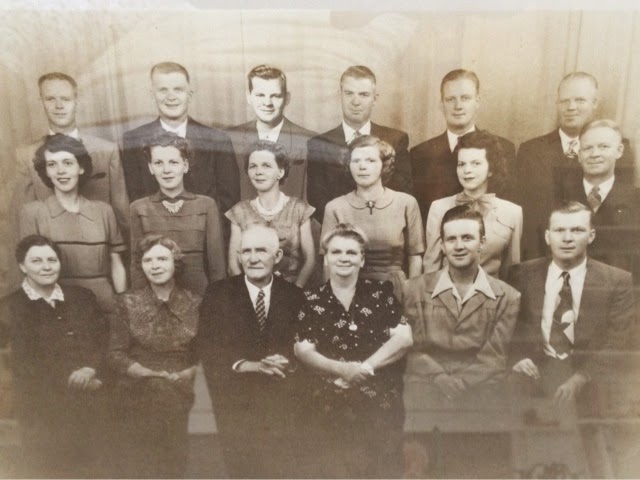 I snapped that picture of a picture at her house last week. This is sixteen of my great grandparents' eighteen children. One died when he was two before my grandmother - middle row, second from the right - was even born. She was number 13. She was named June because she was born in June and didn't get a middle name. Number 12 - Ralph - is not in the picture up there because he was the one boy who died in the war. My great-grandmother had seven sons in the war. Seven. Legend has it she got a medal from the president. My Nana June and her brother Ralph were super close. She still has the last letter he ever wrote. He wrote it in a foxhole. He wrote it to her.

Uncle Otto - top row, third from the left - didn't make the photo so they left a hole for him and drew him in. Clever clever pre-Picasa.

4. If you were faced with a boggart, what would it turn into?

This isn't a very fun question. Probably a judge. Judges are very scary. The whole legal authority to require things of me or take things away from me. Or maybe I just can't stand getting in trouble.

5. Barbie: thumbs up or thumbs down?

I played with Barbies a lot as a little girl - by myself in my room and sometimes at a specific friend's house - but I was embarrassed about it, and I still kind of am. I think that answers the question.

6. If someone asked you to give them a random piece of advice, what would you say?

Learn to be wrong at least sometimes because chances are you're wrong a lot. (Said me to myself.)