Overdue Update on the Country Life 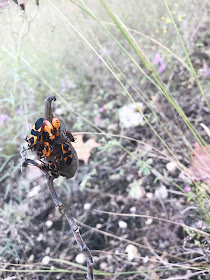 Hello! I'll skip all the apologies for never blogging anymore and dive right into what life looked like here over the past few months.

Lucy June turned four in October and we gave her a kitten. We got the kitten from a shelter which was very strange for me. When I was growing up, cats or dogs would show up and we would beg our parents to let us keep them. Those animals would have lots of progeny that we would beg other parents to let their kids keep. But we got our kitten from a shelter because stray-ville seems less populated than it was in the 90s. Her tag said her name was "Tamale" - which is an awesome kitten name - so we kept it and call her Molly. 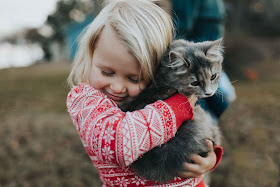 I am not a cat person. But I'm more of a cat person than I am a snake person, so the choice to bring a kitty into the clan was an easy one. Turns out, I love her. She purrs and purrs and does cute kitten-y things. Jacob was firm that she would be an outside cat, but then she started hurling herself against our bedroom at night and now we let her in sometimes.

The other day we found a mouse in the bottom of our trash can and so we put Molly in with the mouse and waited for her predatorial instincts to kick into gear. Nada. Twenty minutes later someone knocked over the trashcan and a terrified mouse scurried out, followed by an indifferent Molly.

At least she chases the chickens off the back porch. 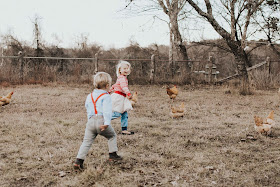 And in chicken news: In December, I made the brilliant choice to raise three dozen meat chickens - our winters are mild enough that I figured it was as good a month as any. Then we had a string of some of the worst cold fronts since I was a kid. Keeping them alive was more challenging then I thought it would be, but they all survived. They're eight weeks old today and we plan to slaughter this weekend. So...come on over. 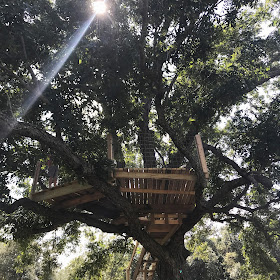 In September, Jacob built the kids a treehouse in a glorious old pecan that sits low in a water run-off into the creek. He didn't put a single hole in the tree which I find mostly admirable and slightly terrifying.

I sent the kids up there to color almost everyday before the weather got cold. It usually started well and ended with them dropping colored pencils through the gaps in the floorboards. 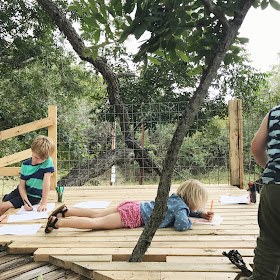 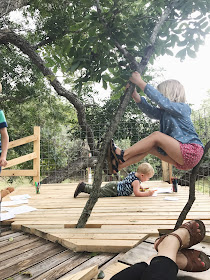 In November, the kids were playing in the treehouse - with a couple friends - and claimed they'd seen a coral snake. I didn't believe their story, but I grabbed a stick and started poking under the bush where they said it was. Jacob came out after me with a shovel and really started scraping at the leaf cover and...the kids weren't lying. It was remarkable how well that brightly colored snake had obscured itself. We looked at it for a long time after Jacob chopped it to bits. The first venomous snake I've ever seen out here. 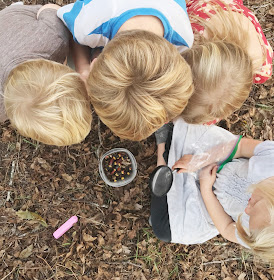 So now we're going back to the cat shelter to pick out an Enchilada and maybe a Fajita - because no thank you.

In the early fall we were taking lots of evening walks around the property - Jacob cut a trail for us so it was manageable for the kids despite all the cactus and nettle and fire ants (#texasforever?) We'd pick wildflowers and look for tracks and listen for the squeaks of whistling ducks overhead. It was the best. 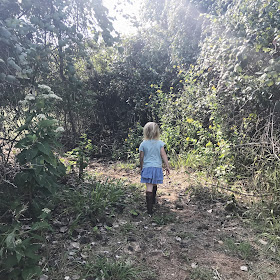 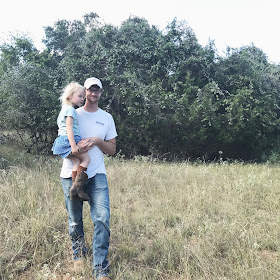 During one evening walk, the boys were down in the creek bottom when I heard some yelling and then up from the creek chugged this enormous pig. We're talking 400 pounds of black wild boar. It was exhilarating and terrifying and I pulled our two littlest towards me as the pig charged in and out of thickets in a wide ring around us and then out of sight.

We never had wild pigs here growing up - they can really overrun the place so nobody's happy about it - but my was it something to witness. The ground shook.

The pig story is already the stuff of legend. Romie mentioned it daily for weeks afterwards: The wild pig will not eat him. The wild pig can't come in our house because the wild pig don't has hands. 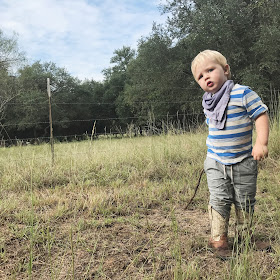 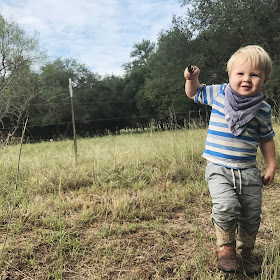 Jacob is trellising the vineyard this week and I will be doing some prep for our garden. My garden plan this year is to overcommit and MAYBE we'll get something more then okra.

So there you have it. And if you've hung in there for this entire post, then you should know about these Quick Reference Nature Guides (affiliate link) they routinely sell at grocery stores around here. A friend tipped me off and we love them. They're laminated and very sturdy, so the kids read them at breakfast and take them outside with us on walks. We have the bird, flower, butterfly, snakes, and track/scat guides. As soon as I see it at the grocery checkout I'll be nabbing the Central Texas Trees.

So that's my update. I'll try to check in sooner than later. You'll be wanting pictures of the chicken butchering.
Kate at 10:58 AM
Share